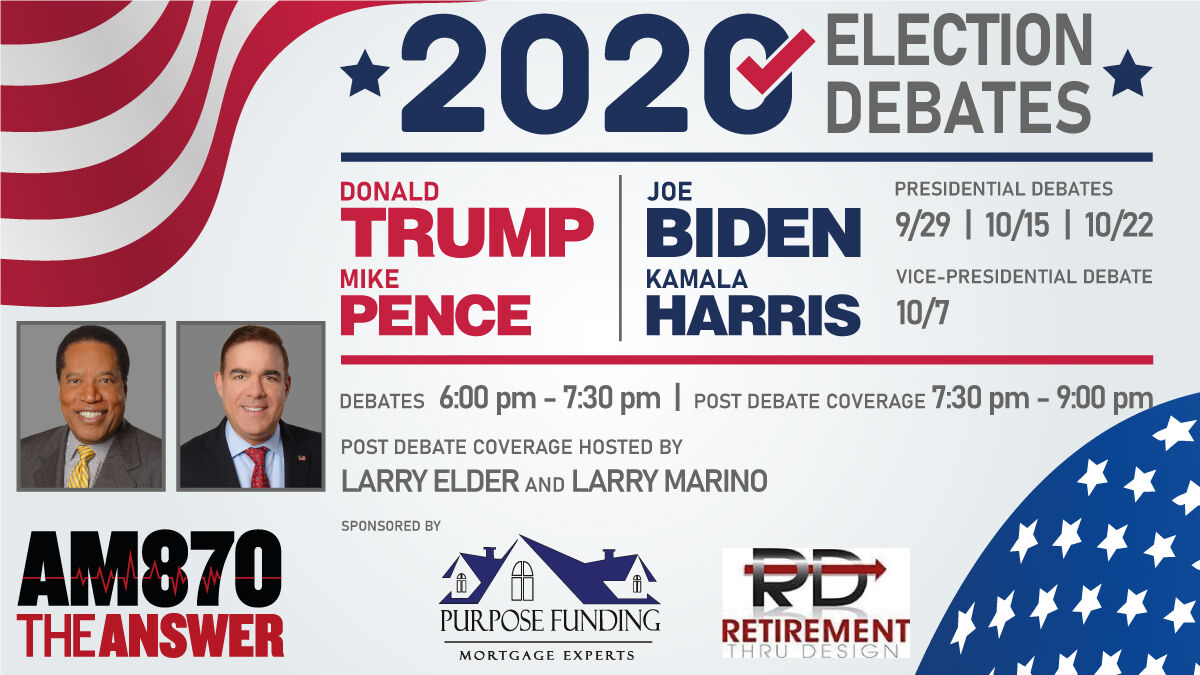 AM870 The Answer presents the 2020 Presidential and Vice-Presidential Debates, sponsored by Purpose Funding and Retirement Thru Design.

Join AM870 The Answer's Larry Elder, host of The Larry Elder Show, weekdays from 6 pm to 9 pm and Larry Marino, Director of News and Information for special Post Debate Coverage, featuring commentary, observations and scorecards on who won and who lost.

AM870 Talk Hosts will be adding their observations and comments during the debate.  Follow along on our AM870 Twitter Debate Page.